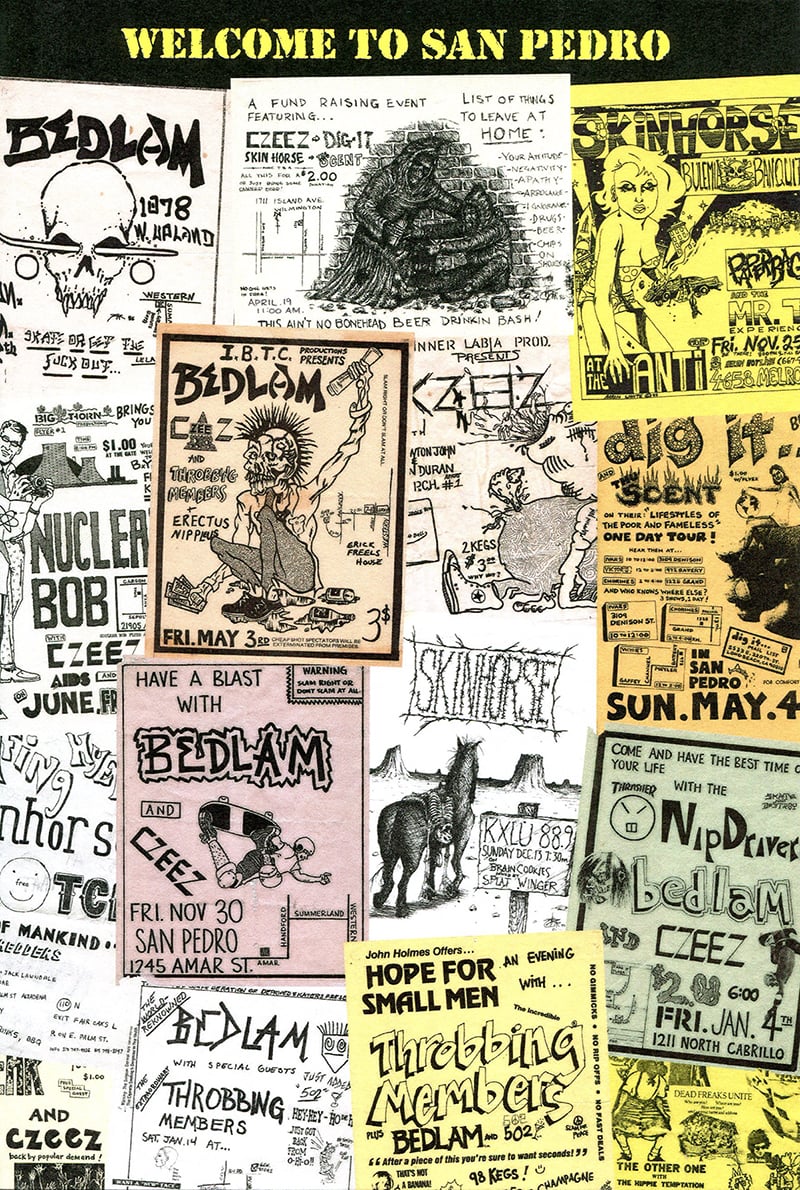 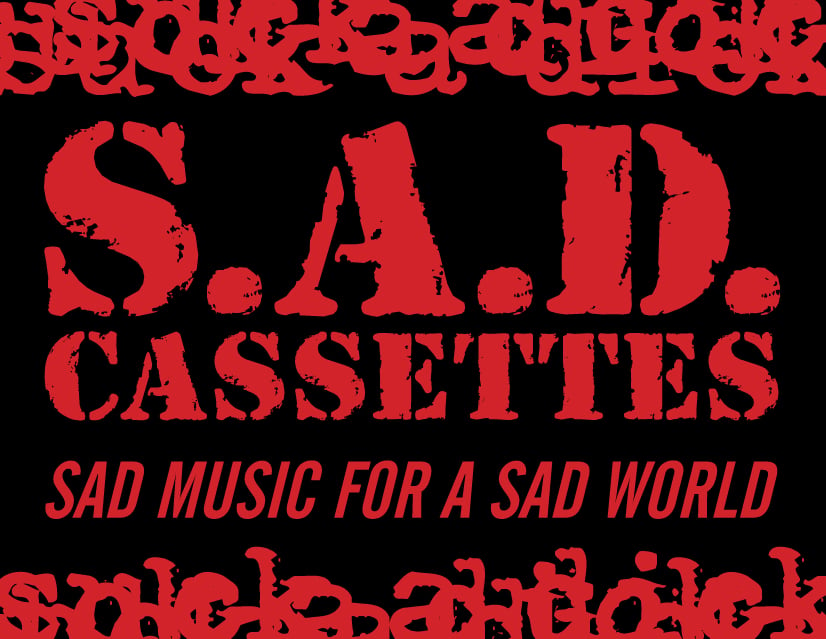 Marketed by Water Under the Bridge Records

Here it is — a small dose of the latter Pedro backyard kegger-party bands of the eighties (1983-1987). Compiled here are most if not all of the party bands of that era that played the backyard party circuit and dealt with the animosity from the surfers, jocks and wannabe gangsters.

These bands dodged spit wads and minor threats from numerous assholes and still managed to rock these backyard parties — igniting a burly stew of pricks engaging in a circle pit of swinging fists, elbows, a bit of tackling/grappling and dancing feet. Regardless, I always managed to have a blast and towards the end of the night, I looked forward to witnessing the confrontation between the drunk teenagers who didn't want the "fun" to end, and the cops who would always arrive early to harass us and end the night's festivities.

I came up with the idea to document these bands while working at SST Records in 1987. After a crash course in cut and paste (traditional style layout), I was inspired to put together a cassette compilation of my friends' bands which would also include a booklet of pictures, credits, lyrics, etc. All the bands were stoked to be on the comp. I knew this material would never be released so I felt like it was up to me to release it, for the moment and for posterity reasons, too. I came up with the fictitious record label name, S.A.D. — as in lame, but made it an acronym so that people would think it stood for something. I think it was Marc Olmos (Czeez, Dig It) who said it stood for, "suck a dick," which would gain momentum and eventually stick — sort of. Rick Pugliese (Bedlam) was instrumental in doing a few recordings and also mastering the comp with his trusty 4-track. Erik Korte (Throbbing Members, Dig It, Scent) came up with the title, Procrastination Youth, which I thought was perfect for this particular collection of bands. The SST Records Xerox machine came in handy too — that's how I was able to reduce and enlarge the pictures that were on the original 8.5 x 11" booklet. I also used some of SST's rub-down transfer type for the S.A.D. logo and a few other things in the booklet. I eventually purchased a Kenwood dual cassette dubbing deck and dubbed all the copies one by one. Vinnie Vegas printed the j-cards, booklets and sticker labels at his mom's print shop in Long Beach for free, if I remember correctly. These cassettes were mostly sold to friends, but we did sell quite a few at Peanut Records in Lomita, too. We also had them for sale at Zed in Long Beach and Mondo Video and A Combination of Three, both in Pedro.

Looking back, this was a great time in our lives. I will never forget these youth-filled days — they meant a lot to me. The group of people who hung out during this time period still remain some of my best friends to this day.